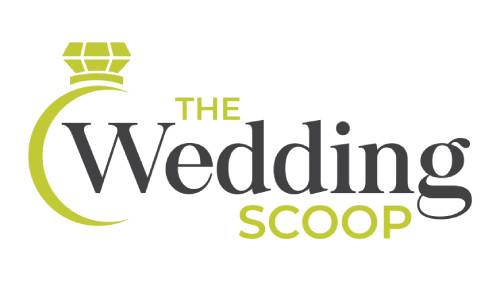 Wedding rings symbolize devotion, love, and commitment between a married couple. Some celebrities don’t wear wedding rings for reasons best known to themselves.

Here’s a list of 30 celebrities who don’t wear wedding rings.

In 2011, the Prince of Wales tied the knot with Catherine Middleton. But even during the wedding, Kate, now Princess of Wales, didn’t give him a ring, and his left hand remains bare to this day. As a tradition, Kate wears a wedding ring made from Welsh gold. But the accessory is nothing compared to her exquisite sapphire engagement ring that once belonged to Princess Diana.

Surprisingly, the queen of R&B is among the celebrities who don’t wear wedding rings. For the record, on the fourth of April 2008, Beyonce married Jay-Z in what many recall as a top-secret wedding. They actually chose the date quite deliberately, as four is their favorite number. They even decided to tattoo the number on their ring fingers. Beyonce’s engagement ring caught the eyes of fans, though. The luxurious, 24-carat diamond ring is worth approximately $5 million and is undeniably one of the most elegant accessories you will ever see.

Like his wife, Jay often doesn’t sport his wedding band. But those who have seen his wedding band know that it means serious business. The jewelry is made from high-quality yellow diamonds, although it is not as yellowish as many fans would want. The piece is the true definition of glamor, style, class, and, most importantly, the unwavering love that marriage brings.

The prolific actor married Jada Pinkett in 1996, and their marriage has undoubtedly stood the test of time. Will has been spotted publicly without a wedding ring, and he’s never bothered to explain to fans why that’s the case. The pair don’t celebrate wedding anniversaries either. Their marriage is indeed untraditional, but love comes in different packages.

Meredith Vieira is a broadcaster and TV personality, and she is married to her husband of 36 years, Richard M. Cohen. She doesn’t wear her wedding ring because she is allergic to metal.

In an interview with Access Hollywood, Christina Aguilera mentioned that she doesn’t like “too many rings” on her finger. How many wedding rings are we supposed to wear? Long story short, she’s not a ring person, which doesn’t seem to bother her. Her engagement stone is massive, however, and deserves accolades.

This is devastating and truly shocking news. Shinzo Abe was a good friend personally, a strong partner to the UK, and a thoroughly kind and decent man. I enjoyed working with him. My heart goes out to his family and friends, and to the people of Japan at this very sad time. pic.twitter.com/EKHH37Lapp

David Cameron has been married to his wife, Samantha, since 1996, but his ring finger remains bare. During his time in office, the former British prime minister garnered negative attention from fans who couldn’t help but wonder why he chose a jewelry-free life.

The former president has always been seen without a wedding ring, even though he’s married to Melania. He’s had three marriages and only sported the accessory during his second marriage. What made him have a change of heart with Marla Maples, we still don’t know.

Like her husband, Jada has been spotted multiple times without a wedding ring, which has put their marriage under speculation. Once in a while, you’ll see her rock her engagement bauble, which is nothing less than exquisite.

This beauty is also among celebrities who don’t wear wedding rings. While she has been married to Julius Tennon for almost two decades, she prefers to hit the road without her wedding ring. You’d argue that the actress is so busy filming that it doesn’t make sense to sport the accessory only to take it off at work.

In 2011, Jessica Biel and Justin Timberlake tied the knot, but the actress was seen without her wedding ring on several occasions. As you would guess, this appearance has continued to stir speculations on where their marriage stands. The often-neglected ring is simple but doesn’t forego elegance.

Just like her father, Ivanka Trump’s ring finger remains band-less even though it’s undeniably clear that she’s married to Jared Kushner. She does wear a ring on her left hand, which might represent a wedding ring.

This American writer and media personality made multiple appearances during her previous marriage without a wedding ring. It’s been a year since her divorce, but Williams can’t help but flaunt her new stone. The rock weighs a whopping three diamond carats and is paired with two wedding bands, making a perfect stack.

Sara Gilbert was married to Linda Perry, and the actress ditched wearing a wedding ring during their time together. Looking at Gilbert’s love life, you might contend that a ringless finger equals a turbulent marriage because the duo later separated in 2019.

Olivia is married to Johannes Huebl, but she has never been seen wearing a wedding ring. She does flaunt her yellow diamond engagement ring. The giant bauble has a sizable stone and what makes it unique is the simple yet elegant white gold band. Is it possible that the American socialite doesn’t wear her wedding band because it just doesn’t fit with her humongous engagement ring?

Just like her husband, Steve Harvey, Marjorie has been seen on several occasions and even on her Instagram photos not sporting her wedding ring. Don’t be fooled, though. It turns out Steve’s ring game is on a whole new level. In 2012, Steve adorned her finger with a ring that set him back $10 million, as estimated by Benjamin Khordipour, the Wedding Scoop ring specialist. While all celebrity rings are elegant and gorgeous, the accessory was embellished with 24 carats of yellow diamond, making it something extra special.

Anna Farris doesn’t like to mix her personal life with business. So much so that she prefers not to wear her ring while out filming. Her wedding band is adorned with numerous diamonds and rests perfectly next to the engagement ring crafted with two massive yellow diamond center stones.

Solange Knowles is known for many things: the overprotective sister, the rising star, and the elopement. But wearing a wedding ring is not one of them. Her engagement ring, however, is nothing but elegance. The ring is inspired by Art Deco and has two floating diamonds. Its minimal design makes it simple and traditional.

Julianne doesn’t often sport her ring finger accessories, and it’s a shame considering they are absolute stunners. Her engagement ring is about five carats of diamond, and the wedding band is in rose gold. Our ring expert, Benjamin Khordipour, estimates that if the wedding band is of F VS2 quality, it could retail for about half a million.

Just like her husband, Melania often shows up without a wedding ring. But you’ll often see a 25-carat diamond ring that her husband got her on their tenth anniversary. While Trump doesn’t get as many accolades, it seems he knows his ring game well.

Graydon has long been a journalist and married Anna Scott in 2005. To this day, Gordon is one of those celebrities who doesn’t wear a wedding ring, which will likely not change anytime soon.

Many women think of diamonds as precious stones their significant other must present to them before saying I do. But Rubina Dilaik’s outlook is a little different. In her own words, the reality TV star refers to them as “blood diamonds.” She argues that the process through which the gems are acquired has caused uncalled-for bloodshed and, ultimately, pollution of the environment. With this line of thinking, you would be right to imagine that Dilaik never wears her wedding ring.

Somewhere in 2019, Steve Harvey was spotted not wearing his wedding band. This was a surprise because the entertainer and his wife are two lovey-doves who never miss the “couple goals” spotlight. It now seems like they finally found the sparkle in their marriage and now he never goes without the accessory.

A post shared by “scary spice Mel B” (@officialmelb)

Though now divorced, Mel B would occasionally be seen without a ring during her marriage. She continued to wear her wedding ring shortly after her divorce but later confessed to trashing the $41K accessory.

The 46th president of the United States has never been seen wearing a wedding ring.

Jenna Fischer is rarely seen wearing her wedding ring. This is partly due to her work. She claims that her ring might get lost because whenever she’s on set, she has to remove it and keep it in the dressing room trailer. But she consistently achieves that extra shine whenever she decides to adorn her ring finger with the accessory.

Next on the list of celebrities who don’t wear wedding rings is Nick Sullivan. Esquire magazine’s fashion director has been married for over 15 years, but no ring adorns his finger to this day. When asked about it, he stated that his wife doesn’t care.

Without Desmond Eliot, the list of celebrities who don’t wear wedding rings wouldn’t feel right. This Nollywood actor and director has never been seen rocking a wedding band, and he ties his habit to the nature of his career.

Liz is married to actor Kelvin Fletcher, and she’s one of those celebrities who has had a love-hate relationship with her wedding ring. The actor certainly knows his way around rings. In 2015, he gifted her a simple, stunning diamond ring, and Liza didn’t hesitate to announce the news to her Facebook fans.

It might surprise that former president Barack Obama is rarely seen with his wedding ring on. Not wearing jewelry might be attributed to the fact that he’s a prominent political figure.

Maybe There’s More to Marriage Than a Ring

While wedding rings are a convenient way of displaying that you’re committed to another, some celebrities choose not to wear them for various reasons. Some, like actors, avoid wearing them because of their work. Others might not wear it to openly communicate that things are not all rosy behind the scenes. Whatever the case, married celebrities who don’t wear wedding rings will always stir up gossip.

Are you interested in an expert opinion about exquisite rings? Talk to a ring expert today to get valuable insights about any piece that piques your interest.

Complete Guide to Wearing a Zoot Suit to a Wedding